You are Here: Home » About Us » Church History

In 1912 with the fledgling village of McCall beginning to concern itself
about its religious welfare, the Community Congregational Church of
McCall was officially organized with a charter membership of twenty-nine
and future plans to erect a church in the heart of the community.

After meeting in the temporary quarters of the schoolhouse for several years
and with guidance twice a month by a visiting minister, in 1916, the first church
building was completed. This structure now serves as the library and office of the
present church. Between 1944 to 1951 many physical improvements to
the church buildings were completed including construction of a basement.
In 1973, the present sanctuary, Fellowship Hall, and Sunday School rooms were added.
In 1997 and 1998 the six beautiful stained-glass windows and a handicap ramp were
installed.

Over the years the church has been served by ministers of a variety of Protestant denominations. In 1974, the church officially took the name as the Community Congregational Church.

We are an independent, Bible believing and teaching church.

The church today is known as the McCall Community Congregational Church. 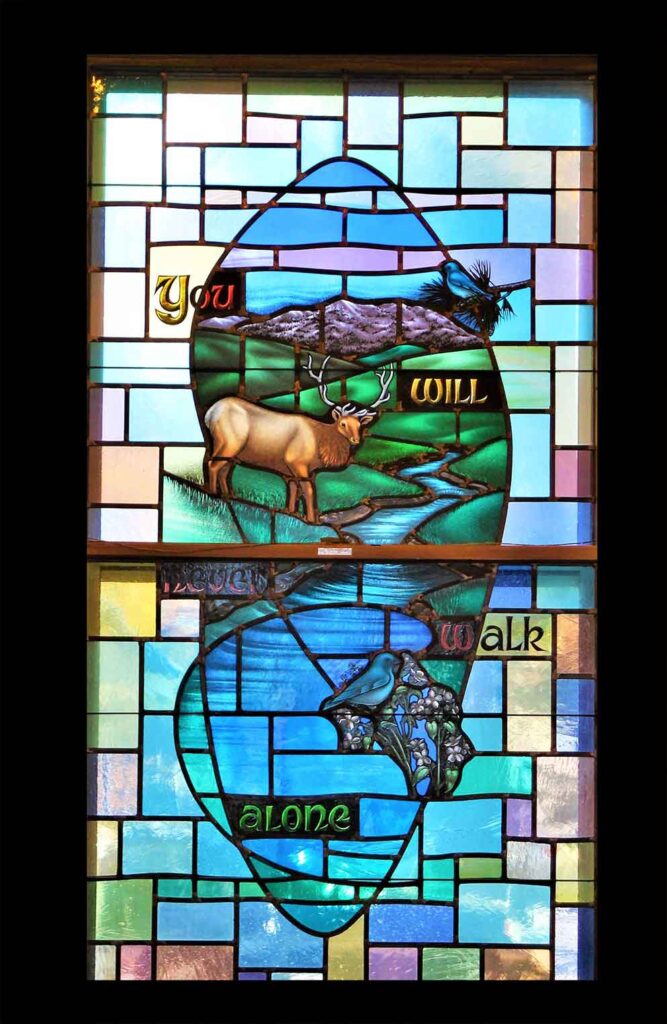 It was the dream of one of our members that we would one day have stained glass windows for our sanctuary. This is such a beautiful heritage and historic building, the idea of stained glass windows was to tell the story of our faith. In the completing of the windows together, we were making a commitment to walk together on this faith journey. We invite you to view our beautiful windows in our sanctuary.

Some of our Benefactors

Special Thanks to Julie Conrad who took the amazing stained glass photos and more.