You are Here: Home » About Us » Our Pastor

With Pastor Char retiring, the McCall Community Congregational Church Search Committee has posted an Interim Pastor Position. If you are interested please call our office. (208) 634-5430 or upload your resume on our contact page
More Information 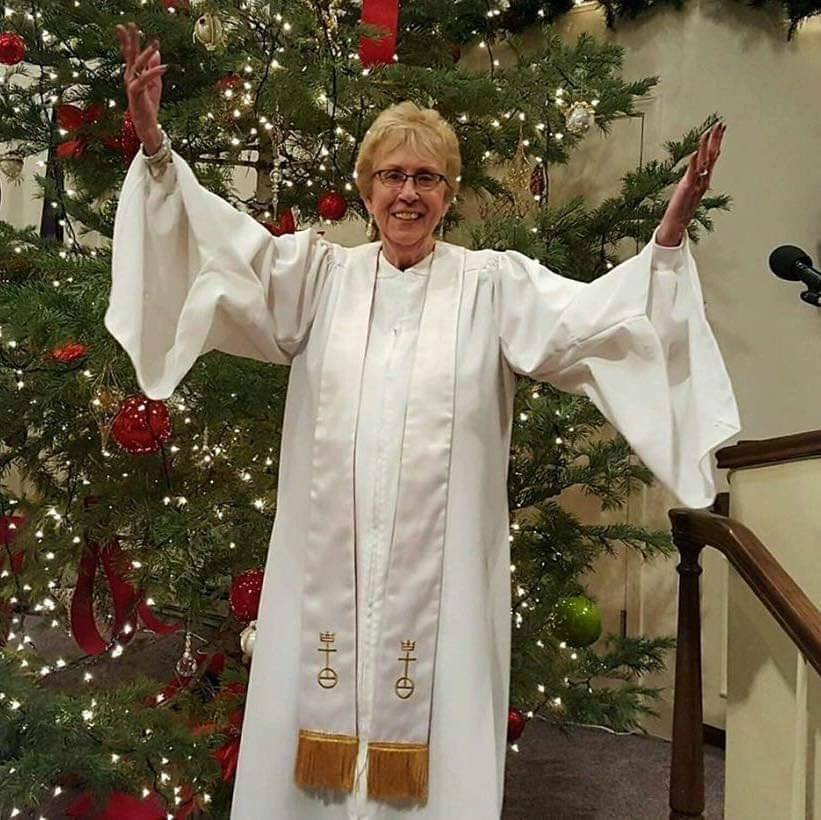 Twenty-five years ago our beloved Pastor Char accepted the call to Pastor McCall Community Congregational United Church of Christ. Her road to McCall was a long and winding one, but we have been so blessed that it brought her here. (Pastor Char’s paper, “From the Prairie To the Pulpit,” which she wrote when she became Pastor, is printed as her “Pastor’s Writings” column this month.)

Ray and Charlottie Havlicak were married on March 31, 1952, and moved to their farm in Rockland. In 1969, they built a house in American Falls and lived there winters, spending summers on the farm.

Charlottie worked at the ASCS office until 1974, then was offered a job at Gambles, which she held for ten years. She took a CNA class offered by Idaho State University and worked at the American Falls hospital until 1990, when because of back injury she had to quit nursing and retired.

After the merger with the United Church of Christ in 1957, she became involved in conference work. She has served on the Mission and Outreach and Information and Interpretation Committees. She is a past president of the Women’s Board and served on the conference board of directors and as Moderator for the Idaho Association.

Ray and Charlottie began serving as camp managers for Pilgrim Cove Camp in 1994 and continued there for eight years after being called to Pastor the church. In February 1995, Charlottie began the Licensed Minister Program, graduating two years later.

In July 1999, she was ordained. Pastor Char has been a rich blessing, not only to the church, but also to the community. She has been active in Rotary and Progressive Club and served on the Community Medical Fund board. She has performed many, many weddings, funerals and baptisms in the last twenty-five years.

While we are not able to have a large community celebration because of COVID-19, cards of congratulations and thanks would be a loving expression of our appreciation to Pastor Char and her many years of service to the church and community. 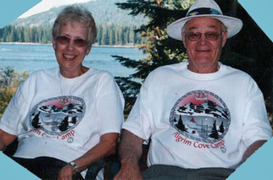 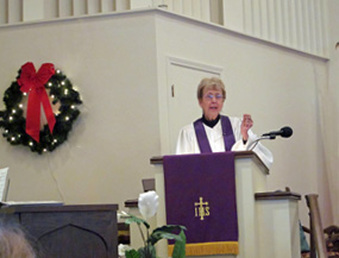 A Message from Pastor Char

When the people of the wonderful congregation and I first came together, in August of 1995, as Pastor and people, we set out to establish what our hopes dreams, visions and goals were for this church.
We listed every person’s dream, and we focused on the idea that if we worked together that we could make all our dreams a reality.
One of the most desired dreams was to have a healthy, faithful church, a place where people could come to share in worship, to sing and pray and to bond together as a family of God.
We also realize that this heritage building had gone through a few years of being neglected in its upkeep. As we worked to build our congregation we also began a process to update this awesome building.

Special Thanks to Bryant Reinhard who was a Great Help putting this website together and
Julie Conrad who took the amazing stained glass photos and more.